It actually took us longer to get out of Russia than getting in. Not because of paperwork, but queues. When we headed in to Russia, we made sure we got to the border crossing early and mid-week. Our exit however was to be on the weekend and early afternoon which meant it was busy. The most interesting part of our wait was the view from 'no mans land', the bridge over the Narva river which connects Ivangorod in Russia with Narva in Estonia, as both embankments support impressive fortifications. 2 hours and 5 queues later, we entered Estonia and with it were back on EU ground.

We had read about wild-camping in Estonia, which we very much liked the sound of. These designated areas are run by the State Forest Management Centre (RMK) and consist of basic facilities (rustic undercover picnic tables, fire-pit/BBQ, dry-toilets, firewood) set in beautiful forest surroundings. For our first night we headed to a RMK camp spot in the Laheema National Park. As it was the weekend it was being enjoyed by a few locals (BBQ) as well as a few other campers. We set up camp near the bay and had a relaxing evening: braai, walk, and watching the sun-set. The next morning we noticed some paw-prints rather close to our tent... Did I mention Estonian forests are home to an abundance of wildlife such as bear, wolf, lynx, wild boar, ect?!?

We packed up early and made our way to Tallinn. We thoroughly enjoyed exploring the small capital, particularly the Old Town was a hit with its topsy-turvy cobbled streets and beautiful rustic buildings. After the opulence and grandeur of St Petersburg, Tallinn seemed simple and tiny but equally as beautiful, just in a completely different way. As we walked past the Museum of Medieval Torture Instruments we just couldn't resist a visit, and spent the next hour cringing as we found out about the many horrific and 'creative' methods of torture. The old town also boasted many cool bars, unfortunately we couldn't visit them all! Our favorite was the slightly gruesome sounding Hell Hunt, which proudly markets itself as the first pub in Estonia (a.d. 1993). Hell Hunt actually means gentle wolf, and this theme can be found in all of the bar's cool, custom artwork. Besides a well priced drinks selection and chilled vibe, I was glad to see stag-do's were not welcome. All the Baltic states are popular stag destinations and I can imagine this place wouldn't be as nice with a bunch of lager-louts at the bar. After some food at the African Kitchen (I think Greg was probably the only African there!) we had a rather restless night at the campsite, courtesy of some rather rowdy and inconsiderate Polish rally participants.

For our third and final night in Estonia we decided to do some more wild-camping. We headed for a random RMK camp near the Latvia border. We ended up in a beautiful, isolated place at lake Rae. There were a few people around during the day, but we were the only ones who stayed the night. It was absolutely bliss, and the occasional showers added to the atmosphere as we sheltered: the sound, the feel, the smell... And, of course, the visual treat as beautiful rainbows appeared. Our braai and fire was enjoyed even more than usual as we had chopped the logs ourselves! RMK had provided large wood pieces in a cabin, as well as axes so we had lots of fun chopping the wood into smaller pieces. Greg also decided to keep one axe close to hand, just in case... We had hoped to see some of the more exciting wildlife as we had taken a daylight stroll through the forest but had not seen anything unusual. As dusk was setting in I headed to the toilets, before it got completely dark. Suddenly, something ran across the path, and although I had only spotted it out of the corner of my eye I could tell it was feline. Using my head-torch I tried to see where the animal had gone, and to my surprise I saw a lynx staring at me from the bushes! I'm not sure who was more surprised by the encounter, the lynx or I, but I decided to turn back rather than tempt fate... Although it had been kind of scary, I was completely excited by my encounter. I certainly wasn't expecting to see a lynx in its natural habitat during our travels! Unfortunately the lynx had disappeared by the time I had returned with Greg and a camera. It made our night in the tent even more exciting and adventurous that night, Greg kept the axe very close.

We had hoped to spot some more paw prints near to our tent, but due to the rainy night any evidence animals may have left behind had been washed away. 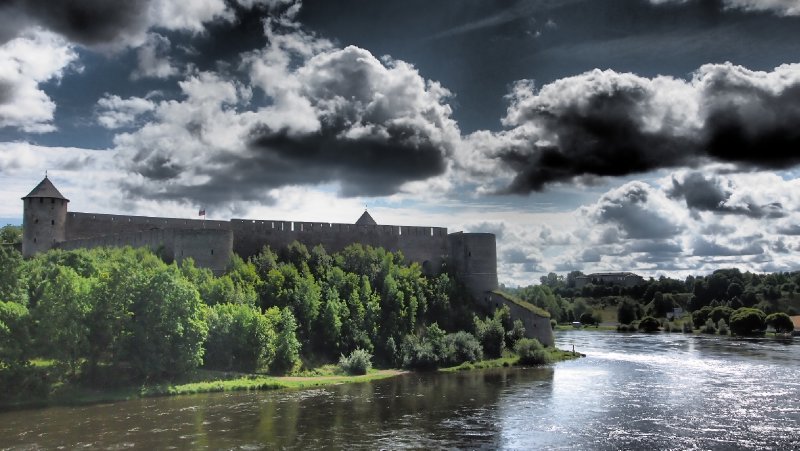 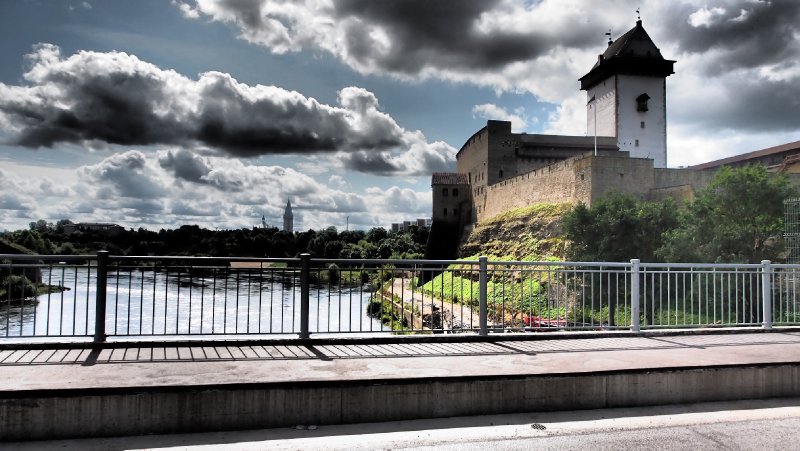 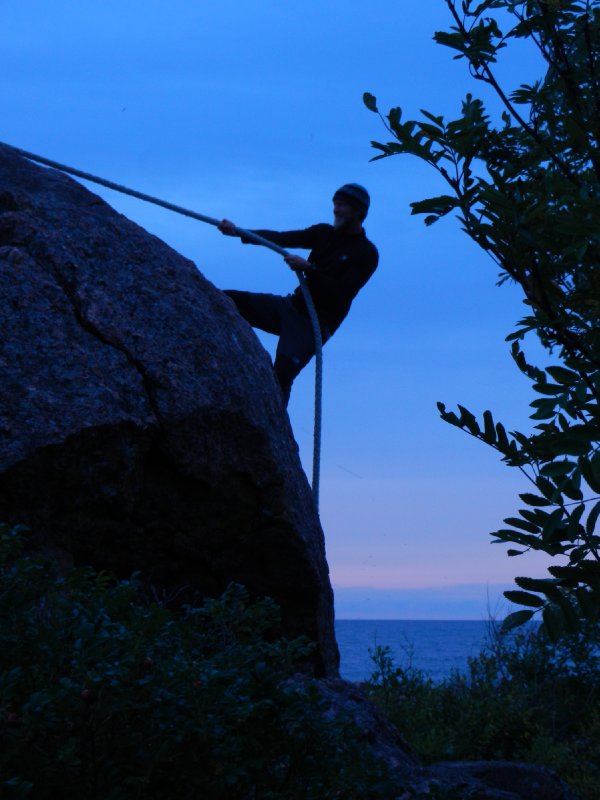 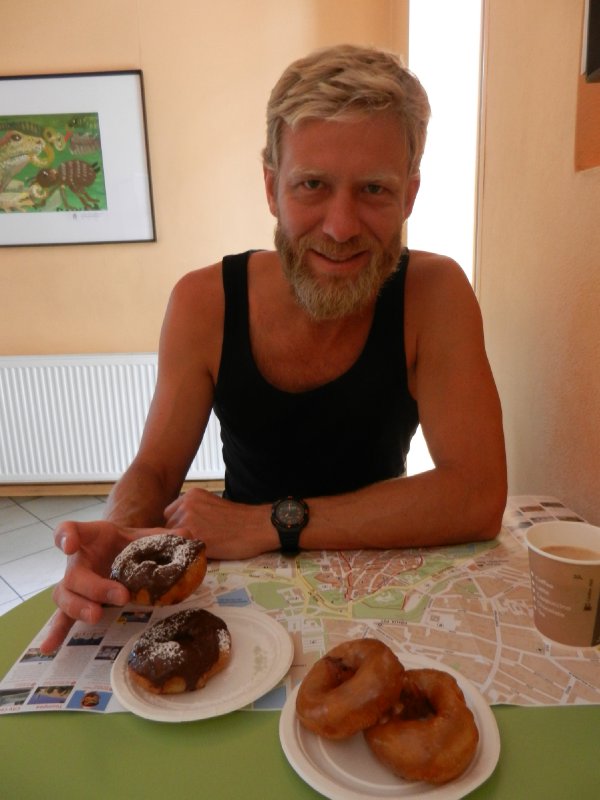 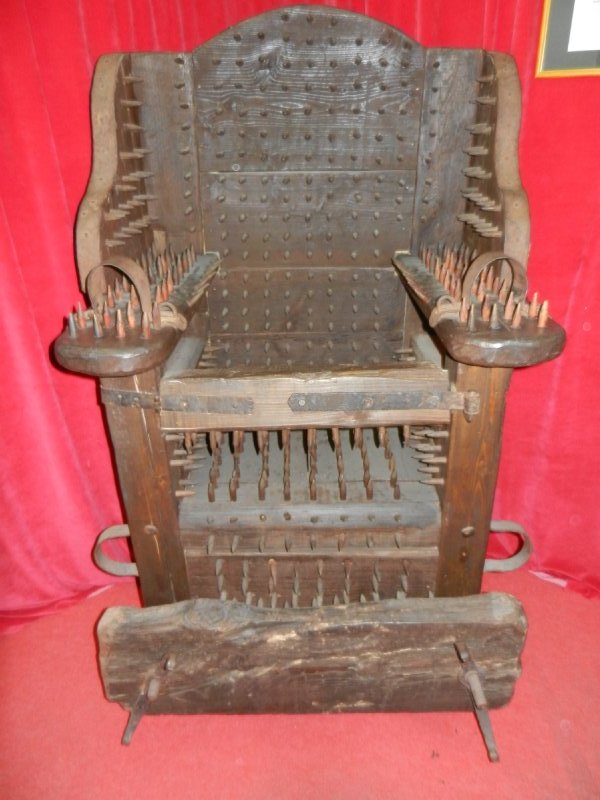 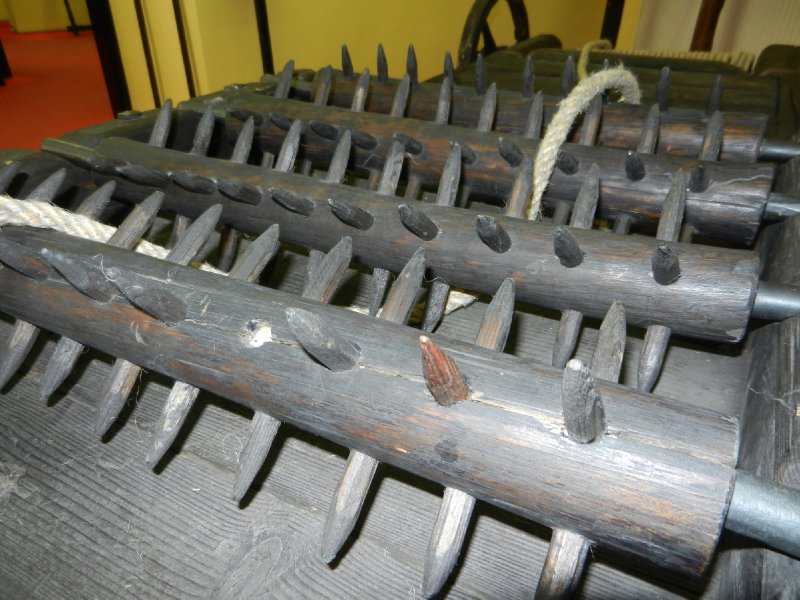 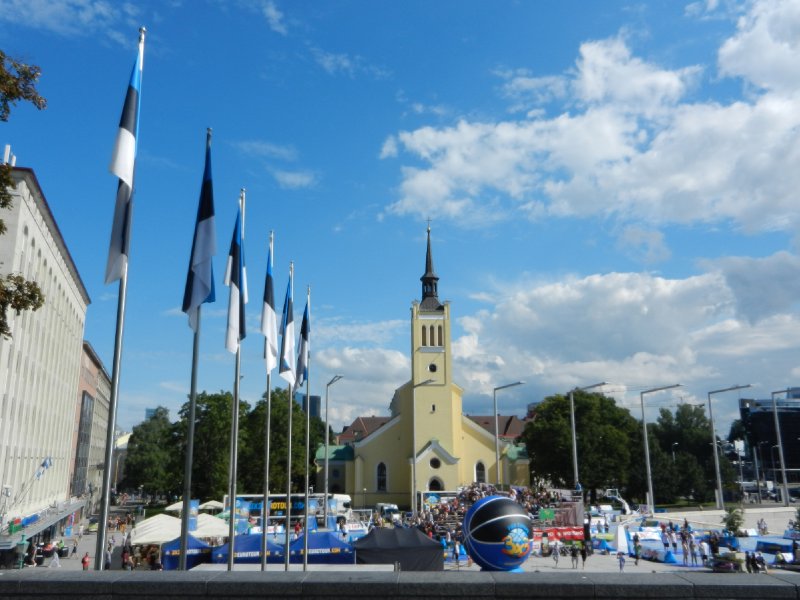 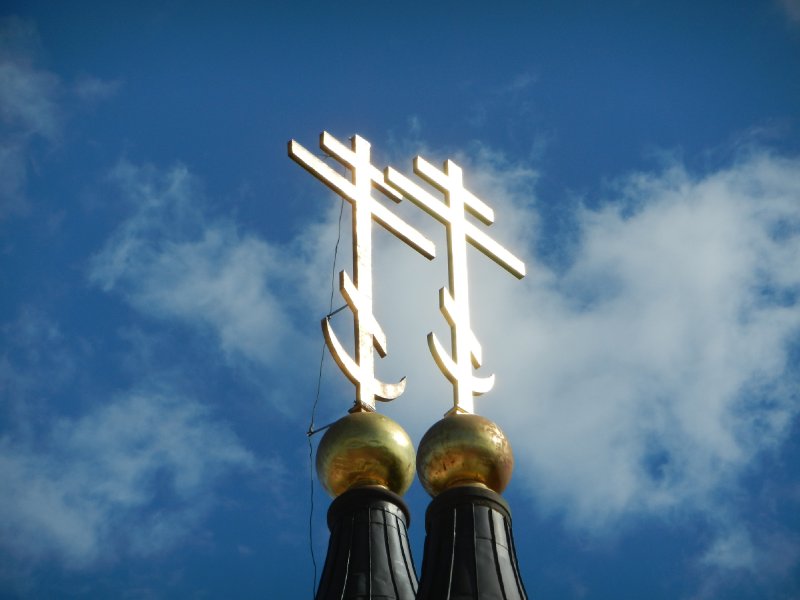 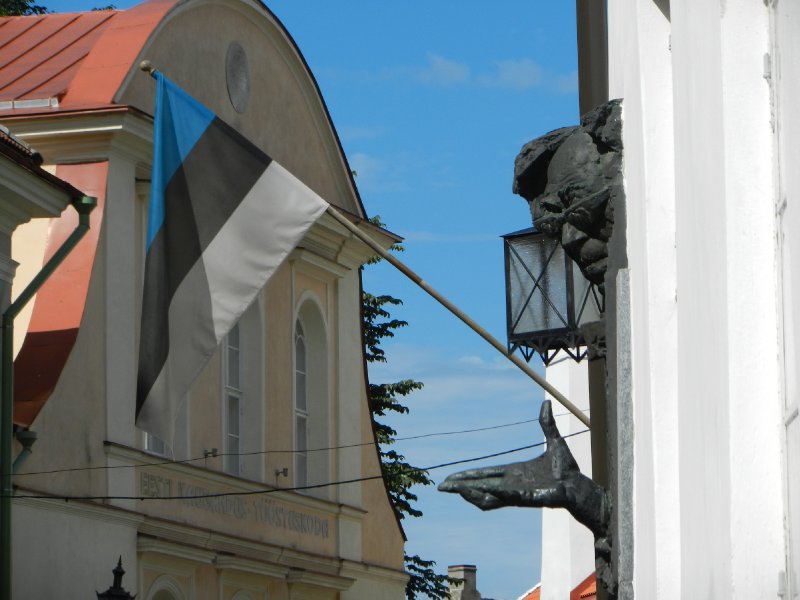 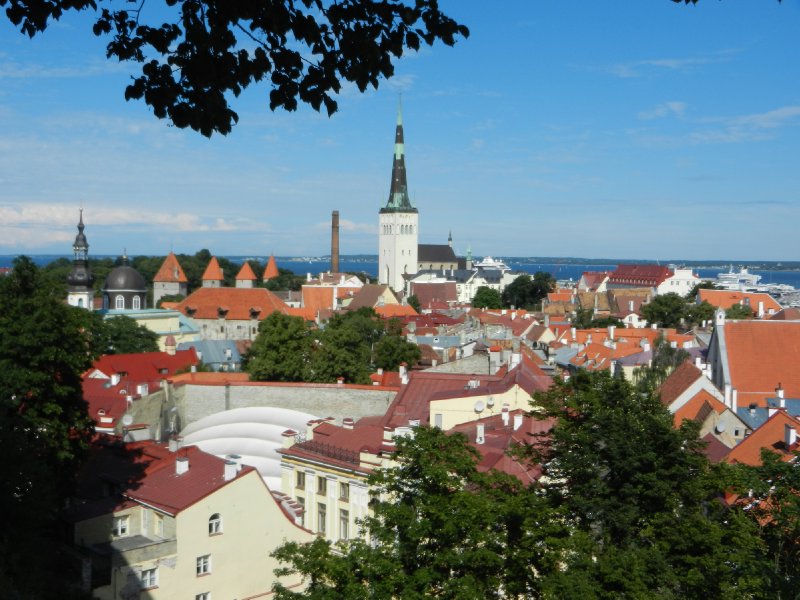 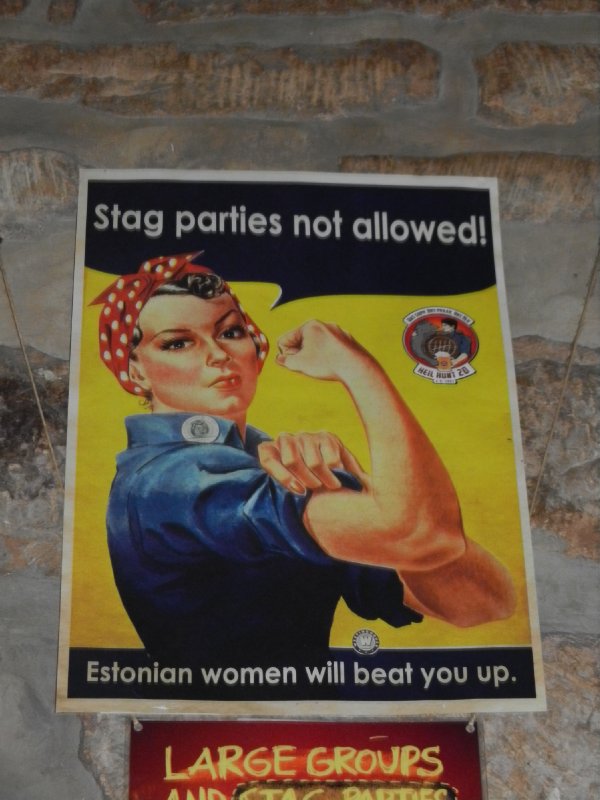 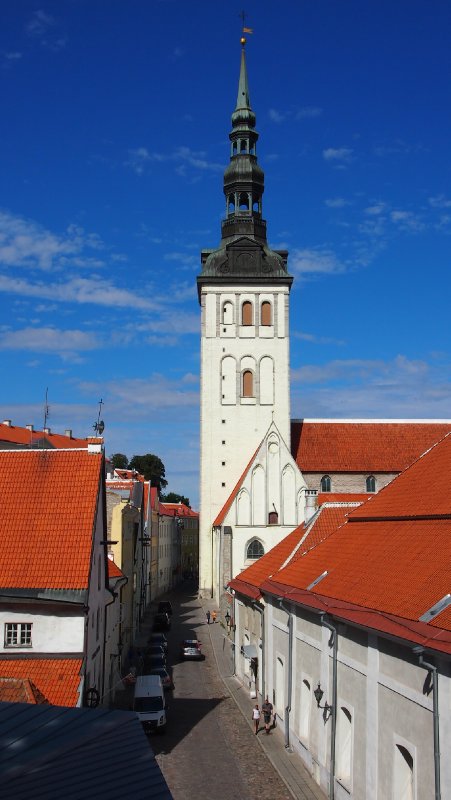 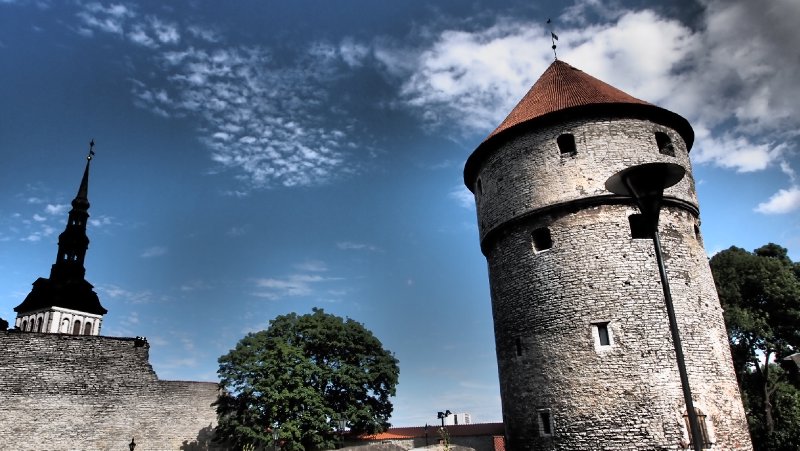 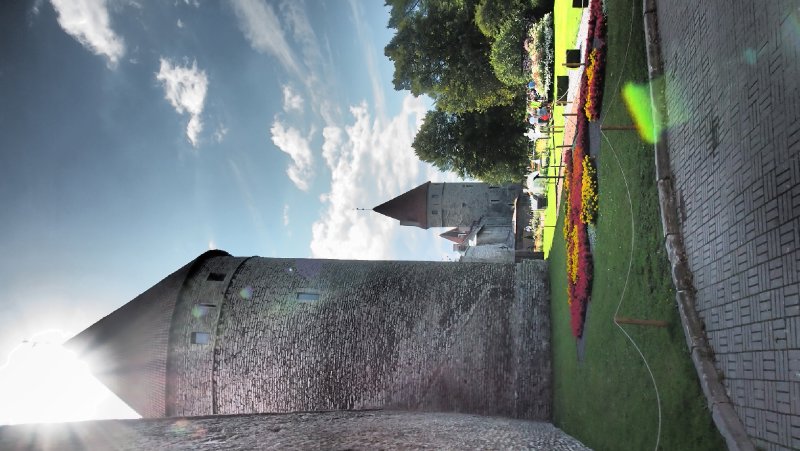 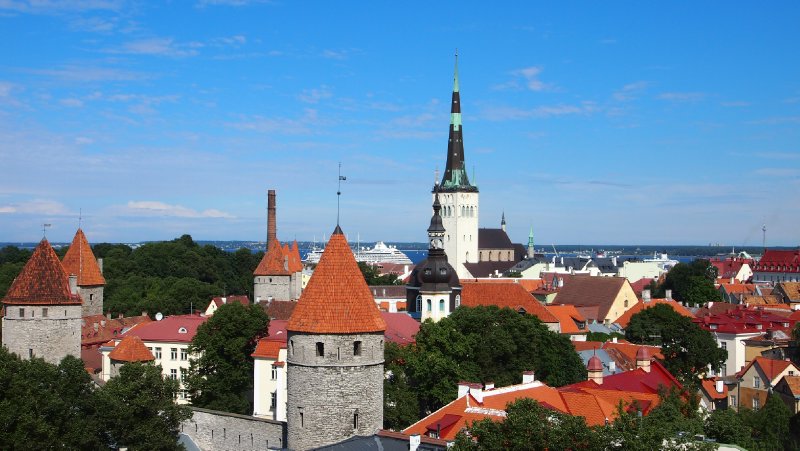 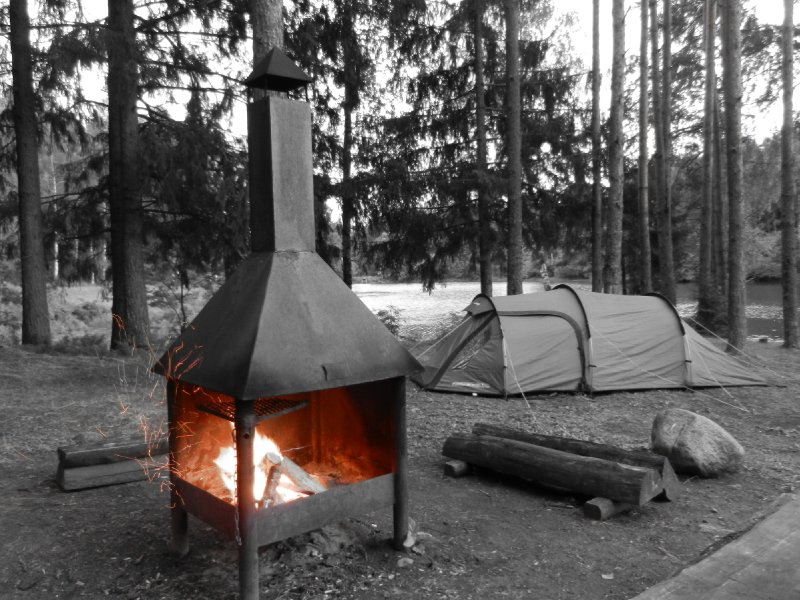 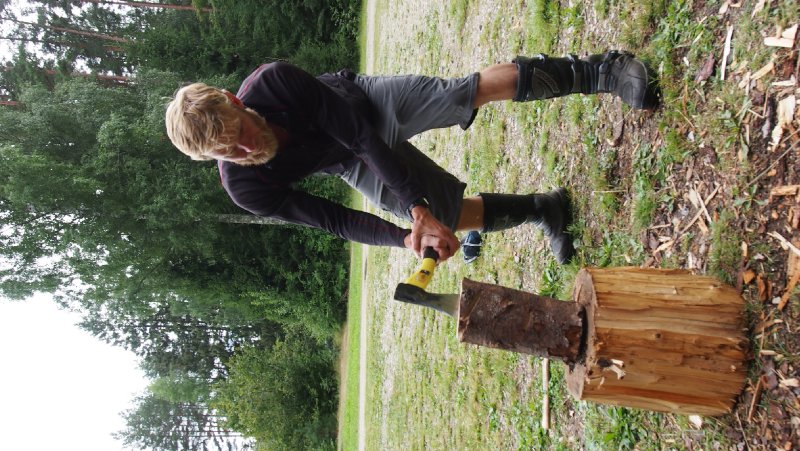 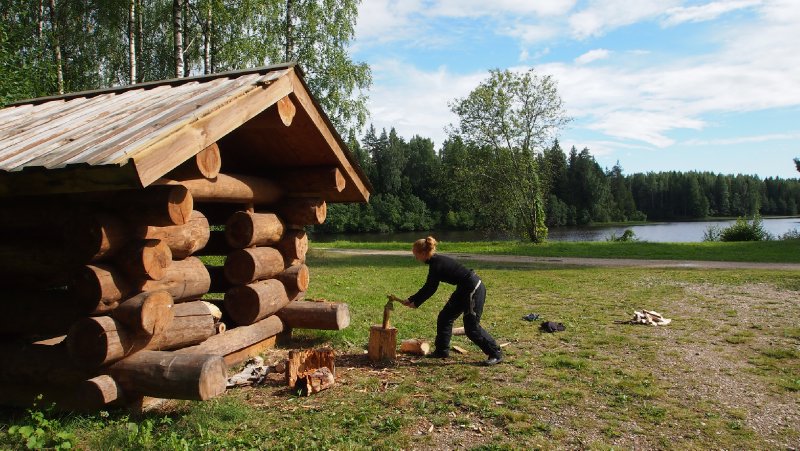 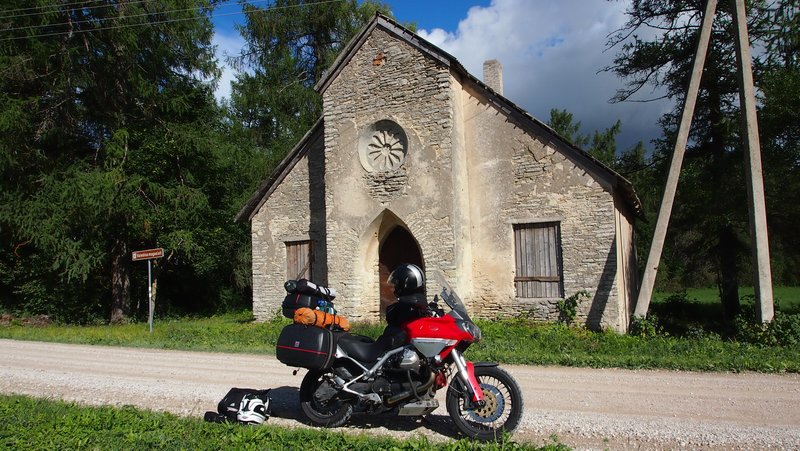 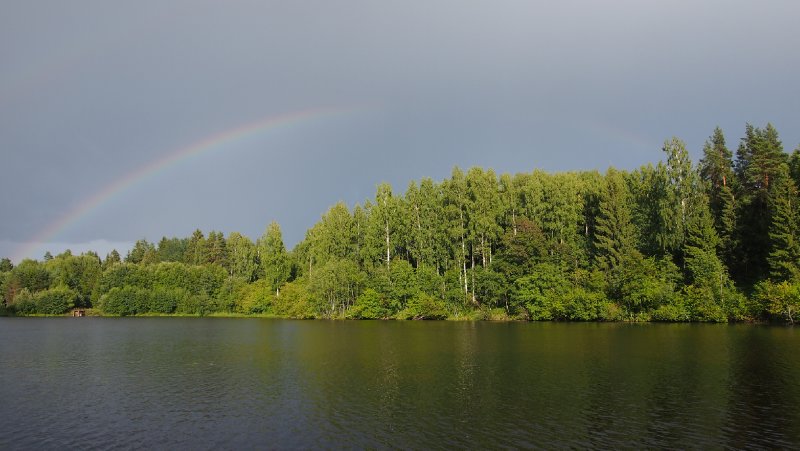 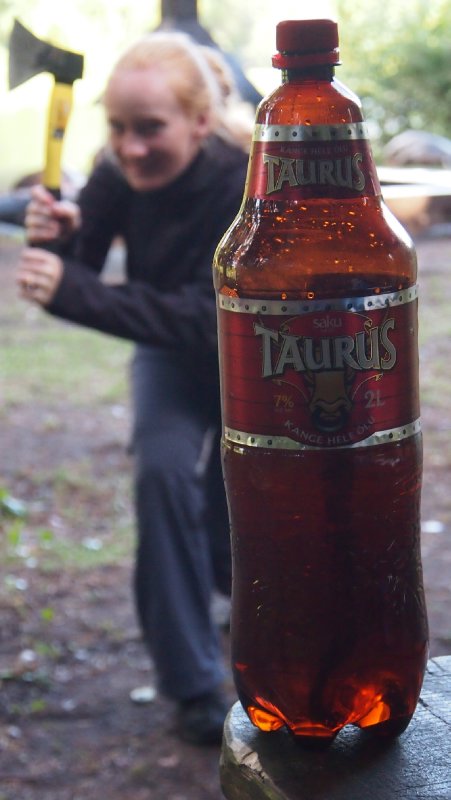 Posted by The Minion 06:45 Archived in Estonia

Jennifer you are ready for the wild African Bush.
Bring axe man to protect you