I would like to start by saying that none of the drunkenness in the title involved either of us, sorry to disappoint...

Our first encounter of Finnish drunkenness happened on the ferry from Stockholm to Turku. We were aware that many people make this trip as a 'booze cruise' for the 'cheap' duty free and, although a midweek, daytime crossing, this didn't become apparent until the karaoke started. The Finns immersed themselves in the, to us, weird world of Finnish music, with the odd English classic. They clearly found Dutch courage at the bottom of their glasses as the later it got, the more enthusiastic the singing became (note; enthusiastic, NOT better).

We spent the first two nights in the harbor town of Turku. My friend Anna lives here, but unfortunately she was not around as traveling herself (the cheek of it)! We found a nice waterside campsite about 10km out of town, in the green and quiet Ruisallo peninsula which used to be popular with the bourgeois. Shortly after arriving, having headed to the beach to soak up the evening sun and take a cooling dip in the sea, we were impressed with our second encounter of Finnish drunkenness: a middle-aged woman was sat there, visibly over-intoxicated, in just a branded bacardi tshirt. Her trousers were flung over the seat next to her. Moments later, she had been helped to the toilet, where she remained for the next half an hour or so before an ambulance was called in to deal with the mess she had got herself in. Greg was particularly impressed by this achievement of public drunkenness, especially in a country where booze is anything but cheap. Although we spent some time exploring central Turku, the former capital of Finland, it was just too hot (we were in our bike kit!) so we spent most of our time chilling by the beach, which was ace.

Next we headed to Helsinki. After setting up camp in the busy city campsite, we grabbed the metro into town. We did some exploring but as it was another humdinger of a day we hopped on the public transport ferry to Suomenlinna, a fortified island just off the coast of Helsinki. The former army base is now a Unesco World Heritage Site and is even home to a thousand or so people. We were told it was a must see, and it was. The history of the previous fortifications was interesting, lots of nooks and crannies to explore, pretty buildings, great views and perfect picnic spots. The place was buzzing, lots of locals came to chill with a few cold ones in hand. The following day, after picking up the replacement exhaust gasket, with thanks to the Strazdina sisters, we headed back into the centre. And after visiting some markets, sites and cafes we ended up grabbing the boat to Suomenlinna again, we had enjoyed it so much the previous day! As we headed back to the campsite in the evening, we experienced the ultimate in Finnish drunkenness. We walked past a bum and his two humongous, mean-looking dogs. As we looked past the dogs, we not only noticed the bum slumped over enjoying a booze induced nap, but he had his crown jewels on display through a hole in his pants! For those note aware of this terminology: he had his 'manhood' on show, his balls and some... This experience, the visual memory, will stay with me for a very long time.

Our last morning in Helsinki was spent fixing the bike with the new part. Greg did a sterling job with minimal tools and improvised well where necessary. My role was of a supportive nature: handing tools, propping up parts and, most importantly, making coffee. We were very pleased, and proud, when the part had been successfully fitted, and hit the road again.

Our final stop in Finland was Vaalimaa, a sleepy village on the Russian border. We hadn't expected much from this area and had picked it purely for its location as we wanted to hit the border crossing early to avoid long queues. Along the way we spotted a sign for a bunker museum, so we pulled in. After paying a token amount (reduced 'unemployed' rate!) we duly learned about the Salpa line and wartime history of the area. In short, the huge Salpa line fortification was constructed by Finland along the border to take on an imminent attack of their Soviet neighbors. The attack never happened, many say the USSR signed the peace treaty after being scared off by the Salpa line, knowing they would not make it past the barricades. For more info see: http://en.wikipedia.org/wiki/Salpa_Line

We decided to stay in Vaalimaa an extra day, to allow for some 'Russia planning' and just to enjoy the simple peace & quiet... 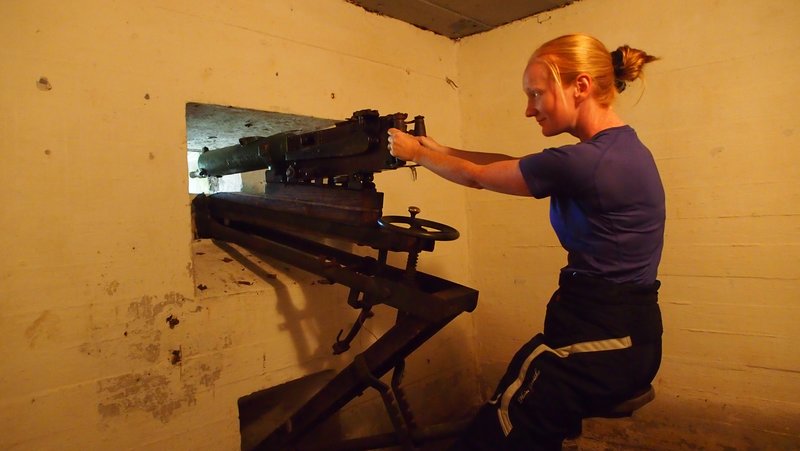 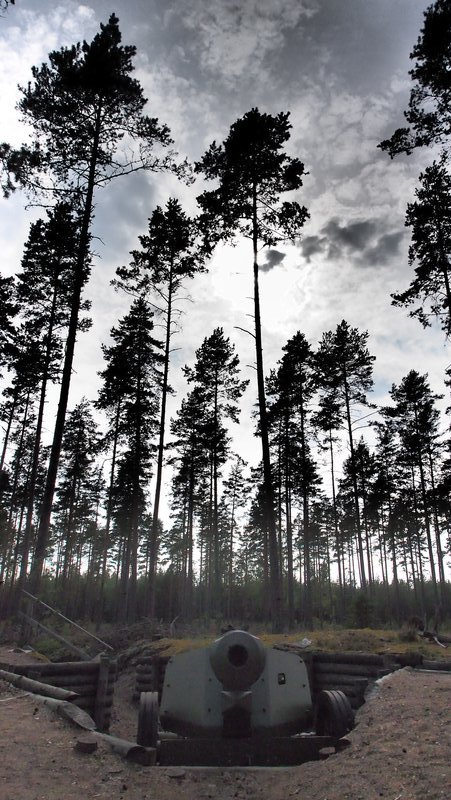 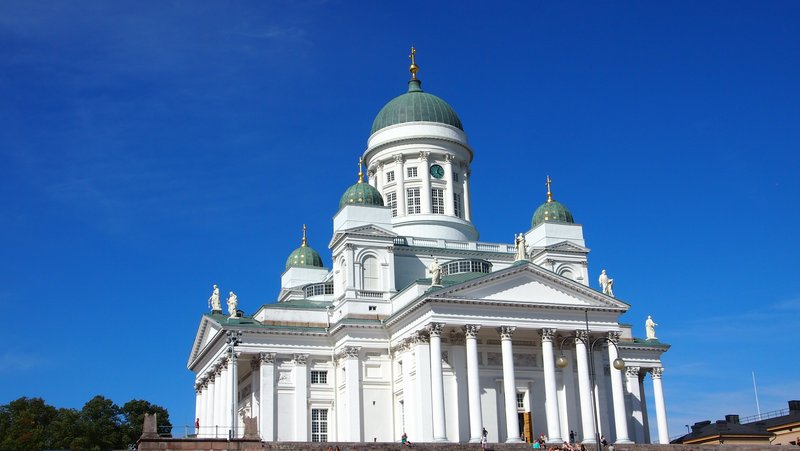 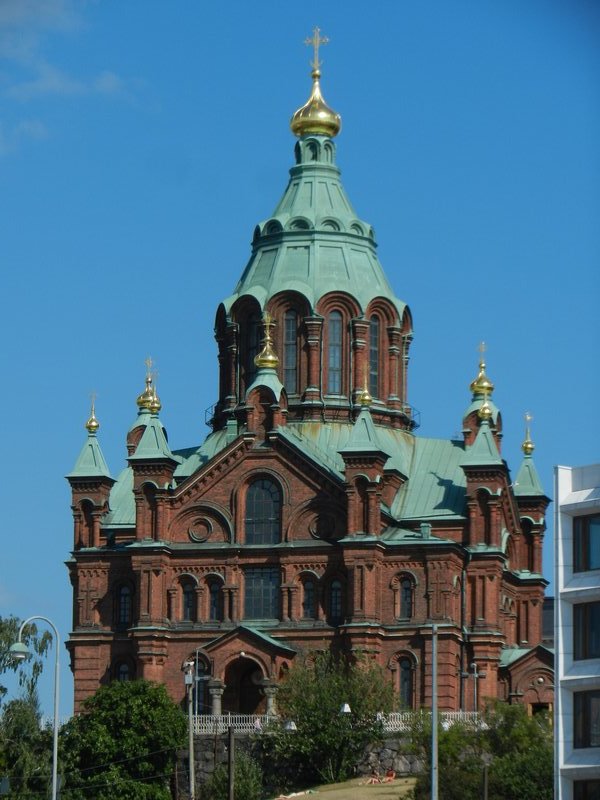 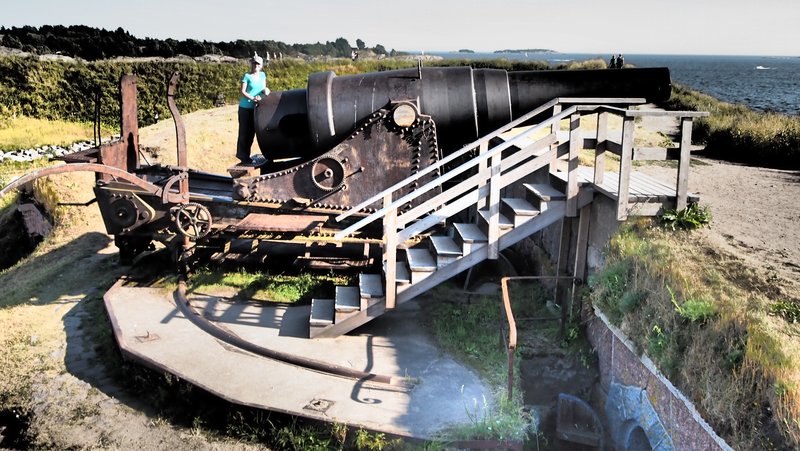 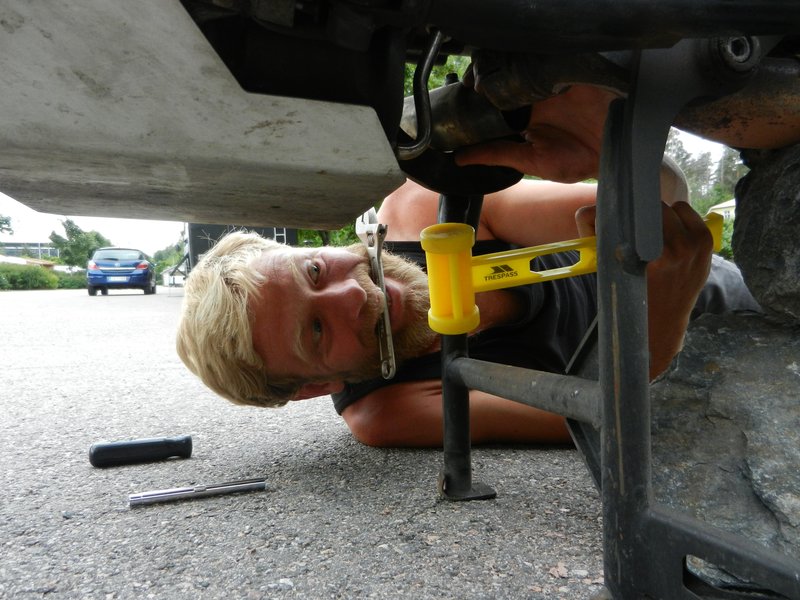 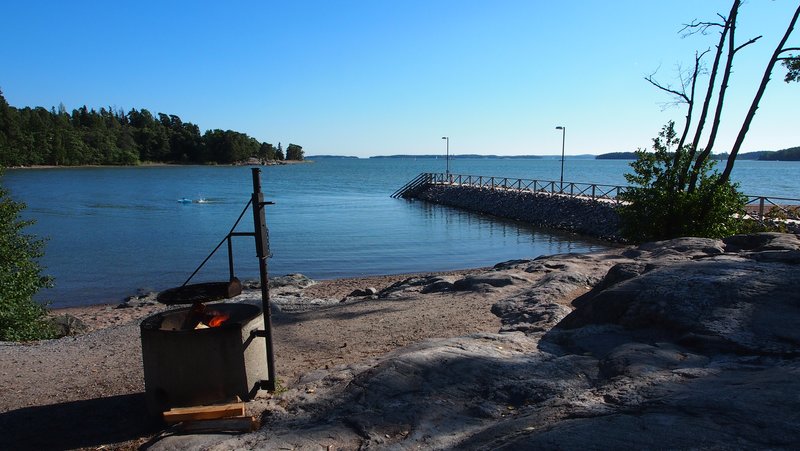 Posted by The Minion 11:49 Archived in Finland

Previous Next Table of contents

Like all the other entries: fabulous! And it can go straight into the Tourbook, which will be on the market later this year and will make a perfect Xmas-prezzie.